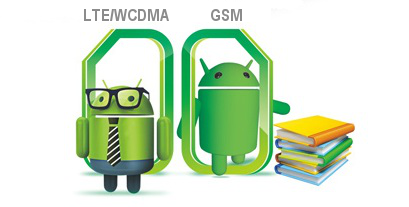 Well, this time comes in a review of a device not based on a MediaTek platform. Huawei, the Chinese multinational networking and telecommunications equipment and services company, has recently released the dual SIM variant of its flagship - Ascend P7-L00.

As a sidenote, Huawei has reached the third place in smartphone sales ranking last year. The company is also facing competition from other Chinese competitors, including Lenovo, Xiaomi and ZTE, being the first places occupied by Apple and Samsung.

Along with the release of the newest MediaTek octa-core SoC, an updated version of the known flashing tool has also been released. It's now time to publish fresh instructions on how to flash MT6592 based devices. Please note that the images shown on this tutorial are just examples and that you must flash your device with the correct ROM files.

Make sure that you read everything carefully and know what you are doing. Don't blame me for any damage that may occur on your device.

Hooray! MediaTek finally unveiled the new MT6592 platform, an octa-core mobile platform. Built on the advanced 28nm HPM high-performance process, it packs low-power Cortex™-A7 CPU cores, and courtesy of the Heterogeneous Multi-Processing use model on top of ARM's big.LITTLE architecture, all eight cores can operate simultaneously -- at up to between 1.7 GHz and 2 GHz, depending on the version. 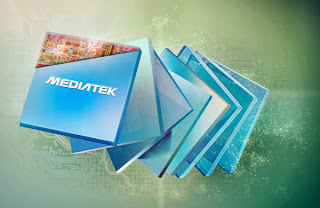 MT6592 incorporates MediaTek's advanced multi-mode cellular modem and a full connectivity capability for dual-band 802.11n Wi-Fi, Miracast screen-sharing as well as Bluetooth, GPS and a FM tuner. The next big step for MediaTek is the entrance into LTE market, so let's see if there are any upcoming news regarding this matter.

The first devices to feature the new platform are expected to arrive as soon as end of year, so let's get ready for it!
Posted by bgcngm at 00:14 No comments:

Although I was still very happy with ZTE V970, specially now that it was already running Android 4.1 (Jelly Bean), I couldn't resist to try out a new smartphone based on the freshly released platform from MediaTek...

It was only a matter of time before ZTE came out with another device that would use the same look as its much anticipated Grand S. Announced as its fat brother, ZTE V987 (also known as Grand X Quad) is a Dual SIM Dual Standby smartphone based on MT6589 chipset. Despite the fact that the newest MediaTek chipset was announced as supporting Dual Active functionality, it doesn't means that every phone would include such a feature. Probably due to development and implementation costs, this phone still does not include that feature. In fact, it is yet to be seen the first DSFA device based on MT6589 platform.

Just a few days ago, MediaTek has officially announced the launch of the new MT6589 platform for Android smartphones. According to the company, MT6589 will be the world's first commercialized quad-core SoC (System on a Chip), available for mid to high-end Android smartphones and tablets worldwide. It integrates MediaTek's advanced multi-mode UMTS Rel. 8/HSPA+/TD-SCDMA modem, a power-efficient quad-core Cortex™-A7 CPU subsystem from ARM, PowerVR™ SGX Series 5XT GPU from Imagination Technologies, and is delivered in 28nm process technology. 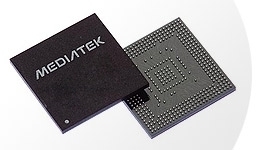 To keep up with the increasing multi-SIM demand around the world, it will support Dual SIM Dual Active functionality. This is for sure the most interesting news about MediaTek MT6589.

MediaTek MT6589 is currently being incorporated into smart devices by MediaTek's leading global customers, and the first models based on this new chipset are expected to ship commercially in the first quarter of 2013. Stay tuned because this upcoming SoC is very promising!

After being very pleased with the performance of ZTE V970, I've decided to test a fresh new smartphone from Huawei. Also powered by MediaTek MT6577 chipset, one of the most promising dual SIM smartphones is Huawei U8836D / Ascend G500 Pro (also known as Shine).

Approximately one month after MediaTek's official launch of the new MT6577 platform, the first devices based on that same chipset started to emerge...

The usual replicas of the hottest smartphones available on the market will always continue to appear, but also big Chinese companies are betting hard on MediaTek platforms. Lenovo is a great example of that, with some successful models such as A60 (MT6573), A750 (MT6575) and the most recently released A789 (MT6577).

Another known Chinese manufacturer choosing MediaTek platforms to power its devices is ZTE. By 2011, ZTE was the world's fifth-largest telecommunications equipment maker measured by its revenues and the world's fourth-largest mobile phone manufacturer measured by unit sales. This review will cover details about the newly released ZTE V970, a dual SIM smartphone based on MT6577 chipset.

Reports seems to point that MediaTek plans to launch two new SoC products using the 28 nm manufacturing process by the first quarter of 2013...

Thanks to the integrated PowerVR™ SGX 544 GPU, it will also feature support for up to 1280×800 pixel displays, 1080p video playback and up to 13 megapixels cameras.

Aside from the new quad-core chipset, MediaTek will also release the dual-core MT6583, which will likewise run at either 1.5 GHz or 1.7 GHz. This one will support a resolution of up to 854×480, meaning it will target a different market segment, particularly lower-end to mid-range devices.

Additionally, MediaTek's general manager was cited to say that the company is focusing on including LTE support in its chipsets, which can enable smartphone manufacturers to release lower-priced handsets that support this technology.

I've been very busy lately and only now had the needed spare time to finish the review of a recent MT6575 based smartphone that I've got as replacement of my ThL V9. The review will focus on ZP300 (also known as Field) from the Chinese manufacturer ZOPO.

Previous and quite successful models from ZOPO are ZP100 (Pilot) and ZP200 (Shining). Just like ThL, this manufacturer provides ROM updates very often. This is worth to mention because it is always important to have such kind of support. 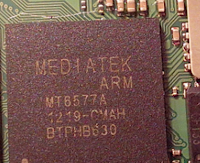 Some of you may have heard rumours that MediaTek was working on MT6575T, an improved version of MT6575, integrating a dual-core ARM Cortex™-A9 processor.

It is now being said that the new chipset will be named MT6577, although further informations such as the integrated GPU are not yet known (better to wait for an official MediaTek announcement).

Which type of review do you prefer?